Whether you’ve worked at a Wework Hotdesk before or in general you’re just a co-working superstar looking for a new place to work, this article is a must read if you’re thinking of heading to Wework.

If you don’t already know me, my name is Edd, and I’m the owner of Layerform Design Co

So what does that mean exactly? It means i’ve spent countless hours in coffee shops around the globe, and plenty of co-working spaces (good and bad) to boot.

This being said, I’m the perfect man to describe how good or bad it is to work at a Wework Hotdesk, and whether it would be a good fit you you if you’re considering it.

So enough blabbing, lets get started..

Give me some time…I’ll get to all that later. ?

Anyway back on track here, what is Wework exactly? For those who don’t already know, and just as a general preface for the rest of the content, here’s a very quick overview:

Wework is an American Company that was founded in 2010, and is technically a commercial real estate company that provides commercial workspace for businesses both large and small.

The headquarters are currently in New York (so cool!) but they have Wework Buildings in 848 locations all across the globe.

In essence, they’ve changed the perception of your typical office scenario and set up. People are allowed to come and go as they please (assuming you’re hotdesking like me), with a simply keycard. Whether you like them or not, in my opinion they are the closest thing I can think of to a “branded” coworking place.

As a quick point of reference, I think it would be good for you to know how they are priced, and whether its a good option for you and your finances.

Yes, it’s not the cheapest place, but in all the places I’ve been to across the globe, it’s the nicest co-working place i’ve been to.

Oh and Wework Cambridge is especially nice because of Holly, Danni and Ryan (plus his Dog Alby….yes….Wework is DOG FRIENDLY!!!!!!!)

So how much does it cost?

Well this is the thing, Wework’s are different shapes and sizes, and just like anything when it comes to real estate/office space,

it depends on the size of the Unit and of course, the area you’re working in

. For this article we’re looking at Hotdesking, so lets discuss that.

As you can see from the image below, working in London, Cambridge or Manchester will have different prices for their Hotdesks, and this is normal for just about any Wework Hotdesking Place that you use across the globe.

So what does this mean? Well they clearly stick to some sort of pricing scale, with huge capital cities being more expensive, and other cities coming in as slightly cheaper.

These prices are not the full cost, as they exclude VAT. So in actual fact, for Cambridge as an example, it may say online £280, but in actual fact it will be £336 including the 20% VAT.

So yeah, that kinda sucks….but I’m a bit oldschool, I like to see my prices all inclusive, oh well…still not too bad compared to working in the capital! :p

Working at a Wework Hotdesk

I mean ermm…Hotdesking….yes, of course. (Forgive me for making that joke again, but i saw an article not too long ago about how at one Wework people were at it like Rabbits and well… it tickled me a bit!)

Working at a Wework Hotdesk is interesting! Firstly, if you’ve never been to one, you’ll know the Hotdesks aren’t exactly right in front of the door when you walk in.

Most Weworks are really cool places, so there are cool break away spaces, the kitchen, ping pong table, fuseball table, and of course the FREE BEER taps when you walk in, and amongst that are the Wework Hotdesks.

Here’s a few images that show the one i’m currently at…. cool to say the least…

And the Free Beer…Oh Lawd! One of the most popular things about Wework, haha.

Let’s not forget the Fuseball Table! 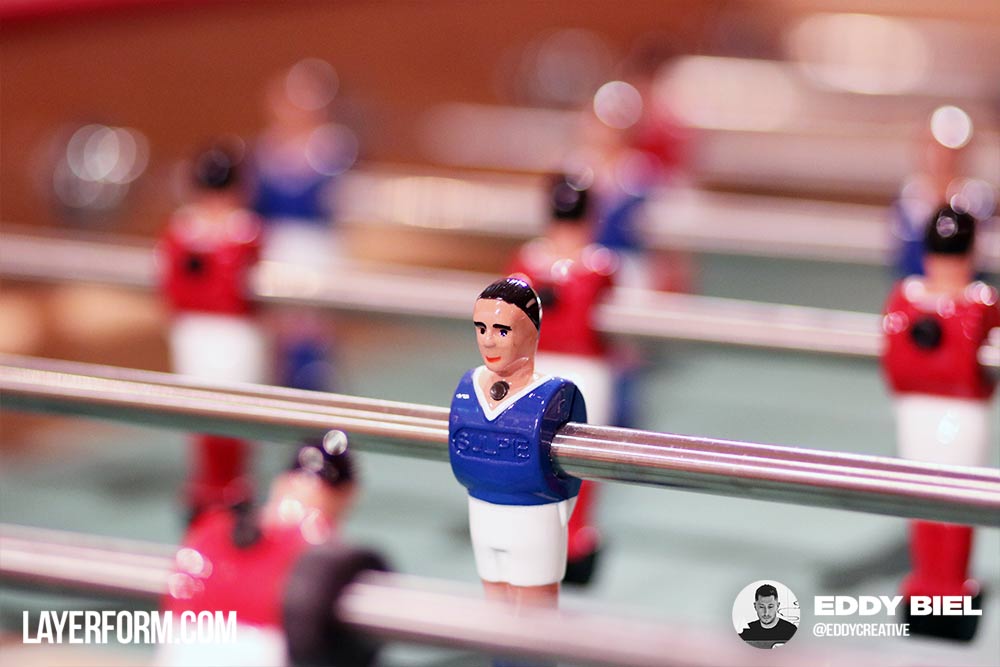 Ok so now we’ve got passed all the distractions (especially that bastard ping pong table!) and we’re full of beer, now its time to work!

The Hotdesking Area is pretty cool, they are very specious tables with 2 plug sockets on each table, which also have USB connections on there too. 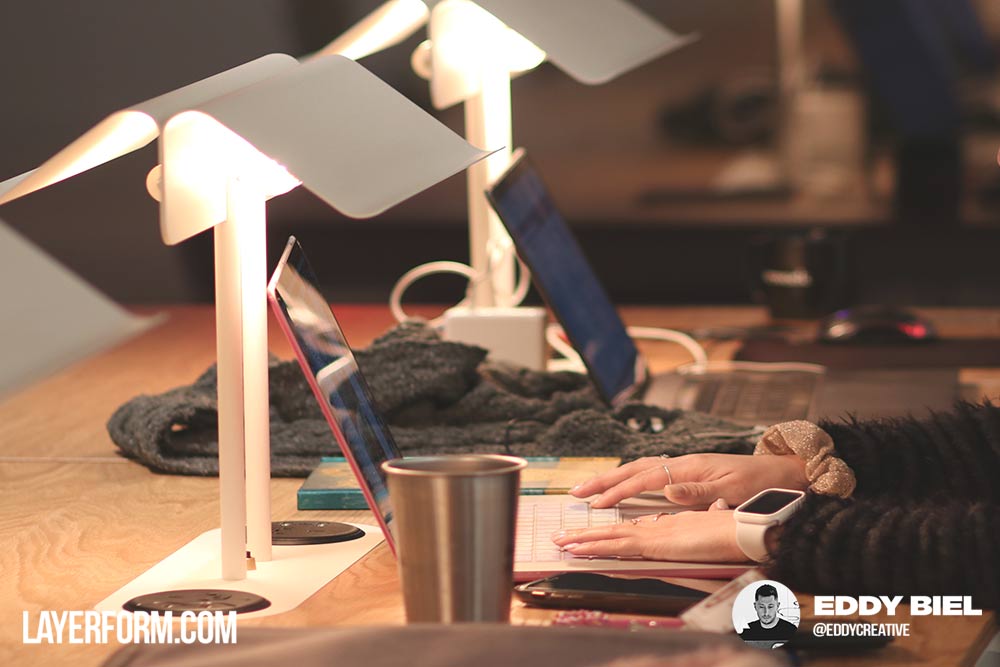 The lighting is also very delicate, with one singular lamp in the middle of the table which you can turn off if you so please. 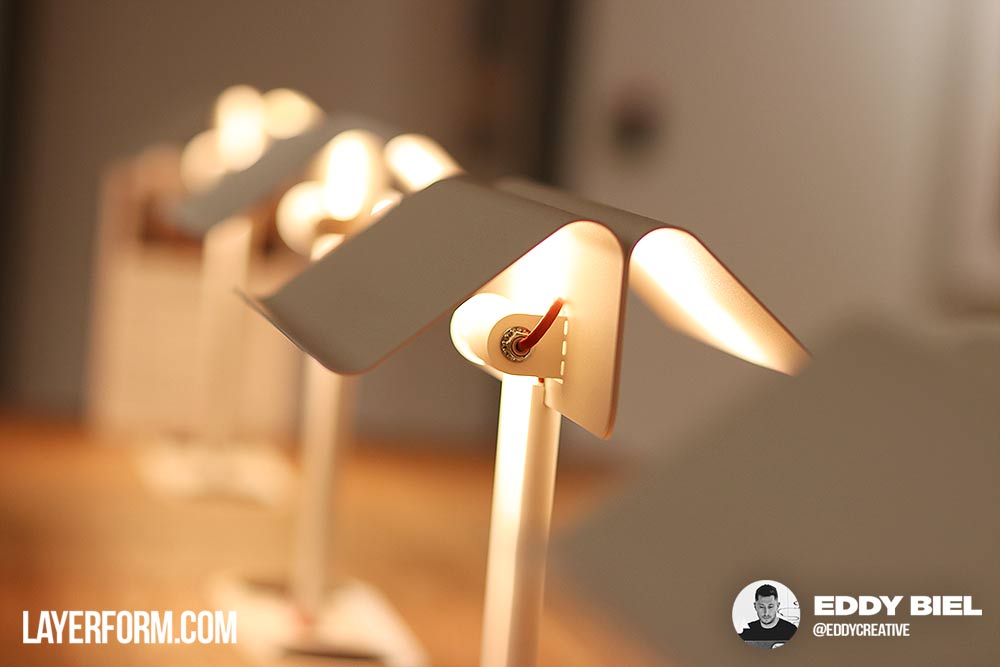 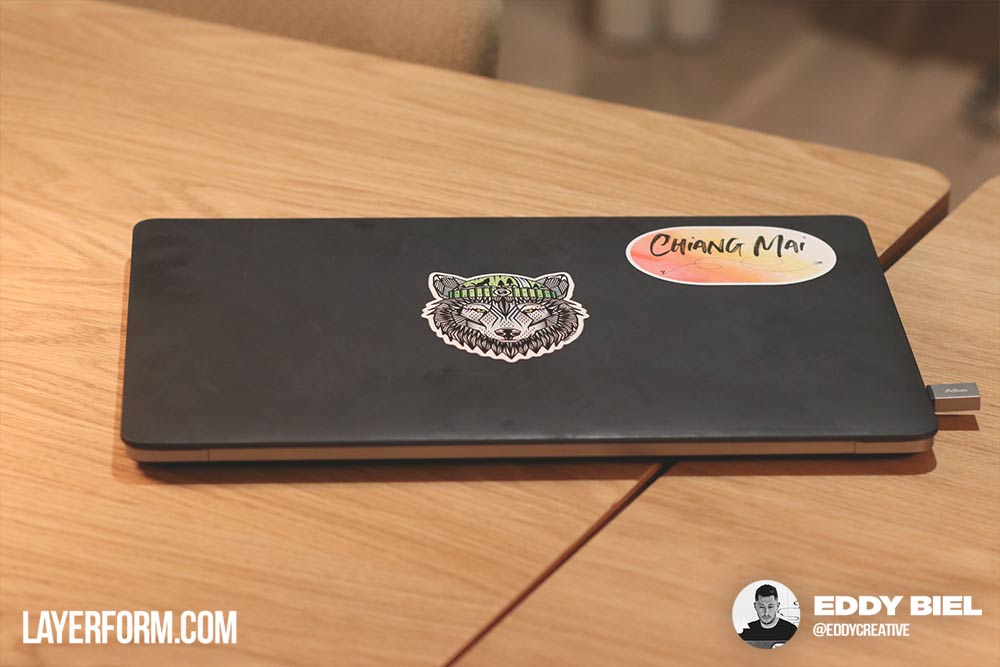 Me enjoying some caffeine! 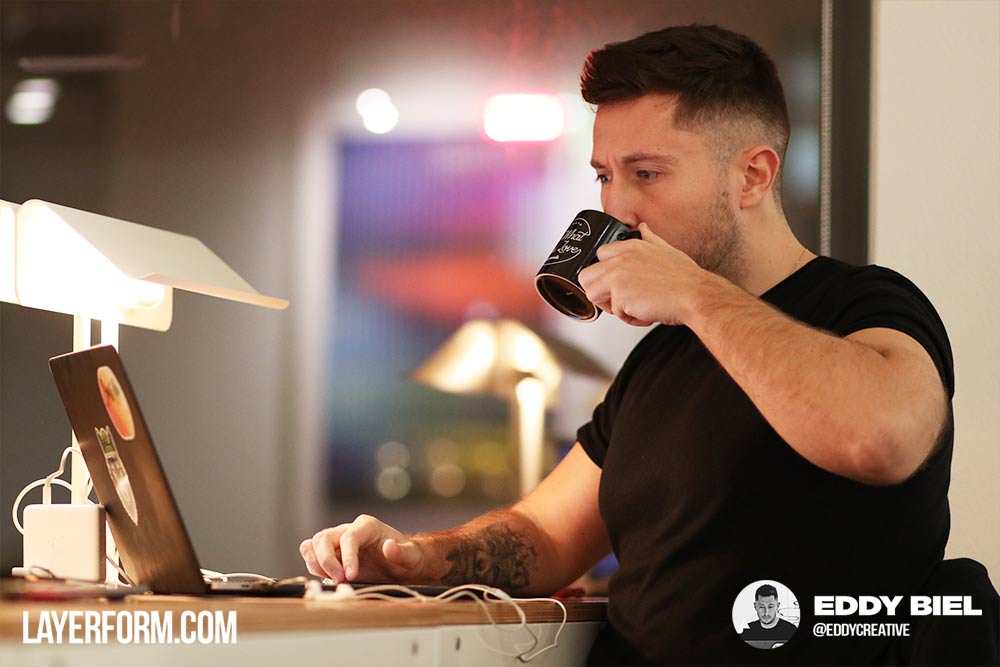 Ok so here’s one criticism a lot of people tend to mention about Wework, it’s that at the Hotdesking area there just isn’t enough “banter” as we say here in the UK, is that true?

Here’s my honest opinion: It’s good! As long as you’re generally a social person you’ll be fine, it’s not like people are hostile or so “cliquey” that you can’t make conversation or anything. I’ve made a few decent friends already, but of course it’s difficult to spark conversation when people have their headphones in and they’re plugged into the matrix haha.

Generally it’s what you’d expect, people are hustling….they’re trying to make their monthly Wework Membership price worth it! AKA: Work work work!

I can only speak from experience, but the one in Cambridge where i’m often at is a very cool place, and despite the fact i’ve worked at many different places over the years, this one takes the biscut. Its just cool man…

Ok so one of the coolest parts about Wework is that they put on daily/weekly events, whether thats a coffee and cake morning, yoga, a speech/talk, or just some beers on a Friday, there’s always something on to keep yourself busy and un-plug from the matrix. They basically do all they can to create a community, rather than just a bunch of people sitting on a desk and not talking to eachother!

Is a Wework Hotdesk worth it?

In my humble opinion, yes…yes it is.

For £300 roughly I get 24/7 access to my Wework hotdesk, access to the kitchen, the showers, the entertainment, aka: Ping Pong Table and Beer! haha. But also access to their printer, the “private” booths where you can have Skype calls etc, the breakaway areas etc.

I’ve worked at Co-Working spaces where you’re just shoved into the back part of a business lounge or on the end of some crappy desk in a dark room…. that shit sucks!

Wework is cool in my opinion. It’s not for everybody, but as someone who has been co-working and freelancing since 2015, I must say it’s a breath of fresh air, and holds its place as the best co-working spot i’ve ever been to.

What is the Best Tablet for Graphic Design? (2022 UPDATED)

How Much Money do Graphic Designers Make? (2022 UPDATED)

Graffiti time baby! Layerform.com recently had chance to catch up with Graffiti4hire, a British Born…

Its all about Comic Books Baby! For almost a century, the American comic book has been a staple of p…

Which iPad is Best for Procreate? From the time Apple revealed that the Apple Pencil will be compati…